The IONIQ 5 Robotaxi: A Production Vehicle Tailor-Made for Robotaxi Service

Motional is proud to reveal our first fully-integrated, production-ready autonomous vehicle (AV) that will roll off the assembly line ready to provide a safe driverless robotaxi service. It marks a major milestone in Motional’s roadmap toward changing how the world moves.

Many of us here feel like proud parents, having worked for years - and in some cases, decades - preparing for this moment. We’ve combined Motional’s industry-leading technology with Hyundai’s production capabilities as a global auto manufacturing leader. And the result is the IONIQ 5 robotaxi, a fully-electric, midsize crossover utility vehicle that features SAE Level 4 autonomy and is capable of being mass-produced. It will enable our rideshare partners to provide safe, reliable, and accessible robotaxi service to a broad consumer base.

The IONIQ 5 robotaxi has all the IONIQ 5’s consumer-centric features that wowed the industry when unveiled this past February - such as the neo-retro design, parametric pixel lights, auto flush door handles, low-profile interior, vehicle-to-load charging system, fast-charging capabilities, and 18.8 cubic feet of storage space -  plus Motional’s industry-leading AV technology package baked right into the design. 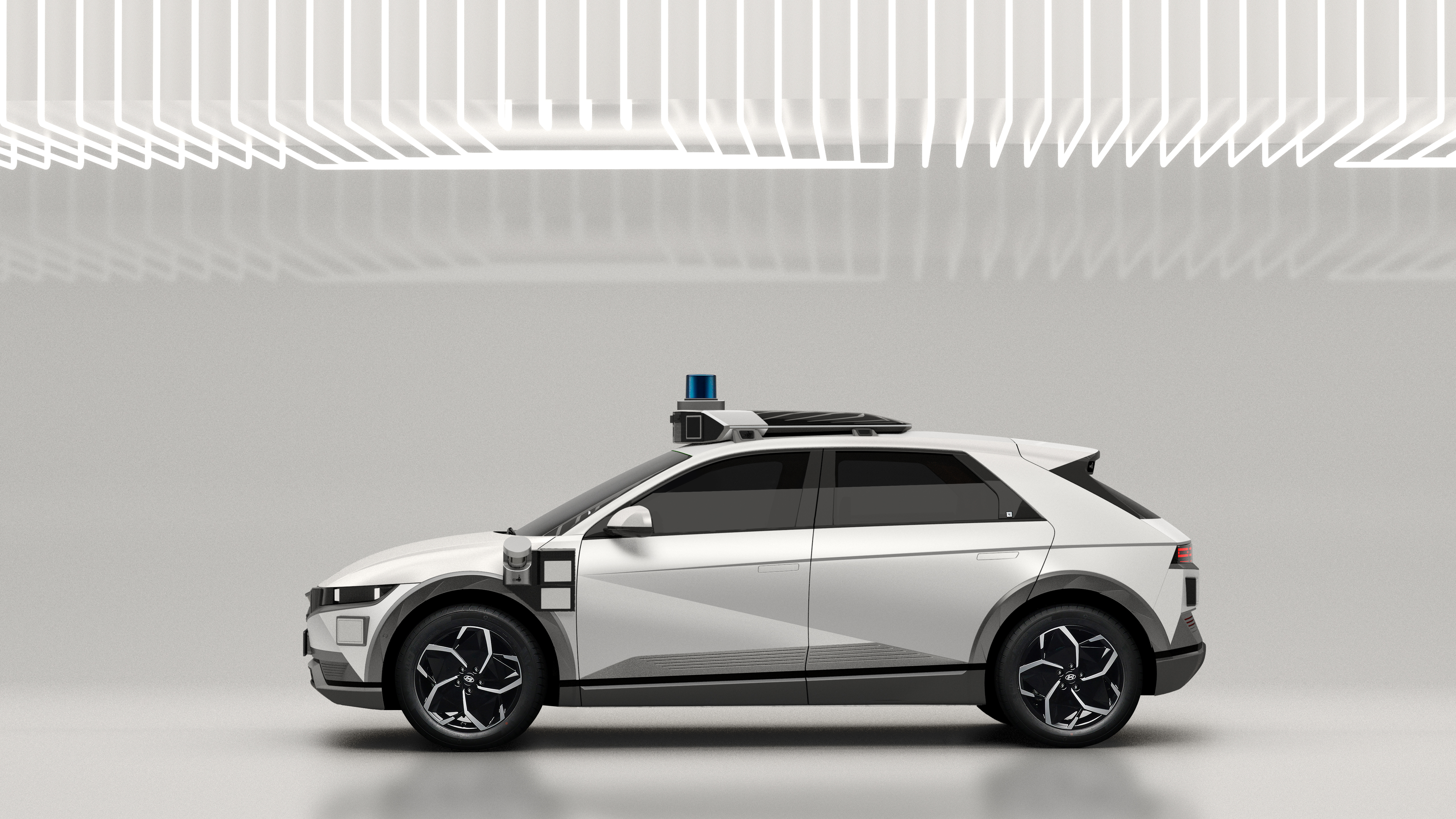 The IONIQ 5 robotaxi is also tangible proof that this collaborative joint venture is mutually invested and positioned to succeed. For example, the Hyundai Motor Group and Motional teams spent months collaborating on sensor placement, deciding a location for every “eye” that gives our vehicles 360-degree perception, as well as the redundant coverage needed for safe operation in a wide range of driving environments. As a result, the IONIQ 5 robotaxi’s industry-leading suite of more than 30 sensors - made up of cameras, radar, and lidar - are seamlessly integrated and complement the IONIQ 5’s design. The precisely-placed sensors also provide both long-distance sight, as well as the ability to detect small movements or objects near the vehicle.

A key element of Motional’s partnership with Hyundai is our ability to tap into the company’s long history of mass-producing vehicles. Long-term success in the emerging, crowded AV market will depend on achieving cost-effective commercialization. The IONIQ 5 was engineered from the ground up, and designed to be a technologically-advanced, emissions-free crossover capable of being built at scale. This will make it easier for Motional to execute our strategy of delivering safe, cost-effective robotaxi fleets around the globe. And because Motional is the only company in its class already partnering with two major ride-hailing services - Lyft and Via - we have a clear path to market.

A safe car with an advanced brain

Producing a safe, fully autonomous vehicle has always been our top goal. The IONIQ 5 robotaxi will be outfitted with Motional’s proven and vetted AV software and hardware - the next generation of technology that has enabled Motional vehicles to complete more than 100,000 self-driving rides in Las Vegas without a single at-fault accident. We have purposefully traveled down a cautious road, taking a self-imposed, two-year safety evaluation to operate without a driver, which included a thorough and successful third-party assessment. The result is a tightly integrated system that seamlessly connects the IONIQ 5 robotaxi’s brain and body, enabling it to safely drive passengers from Point A to Point B.

The IONIQ 5 robotaxi AV stack will hit the road smartened by data collected over 1.5 million miles of testing by previous generations of Motional vehicles across multiple continents and diverse driving environments. Each one of Motional’s robotaxis already in service feeds terabytes of new data points every day into the company’s continuous learning technology. This library of real-world data advances the machine-learning models Motional will use to teach the IONIQ 5 robotaxis how to interact with the ever-changing world around them. Every data point collected, every mile driven, every passenger safely delivered strengthens our AV software, further preparing Motional for full-scale driverless service.

Motional’s mission is to make driverless vehicles a safe, reliable, and accessible reality, so we can change how the world moves.