Las Vegas is the place where millions come every year to experience something new and exciting. For Lyft riders, that can now include a trip in an autonomous vehicle.

Motional, a global leader in driverless technology, has partnered with Lyft to make our ground-breaking, all-electric IONIQ 5-based robotaxi, an autonomous vehicle (AV) designed for fully driverless ride-hail operation, available for riders traveling between popular locations on the Las Vegas Strip.

A car that can drive itself: now that’s a fun story to leave Las Vegas with!

Besides a safe, comfortable trip, here’s what else Lyft riders can expect when they try the future of transportation. 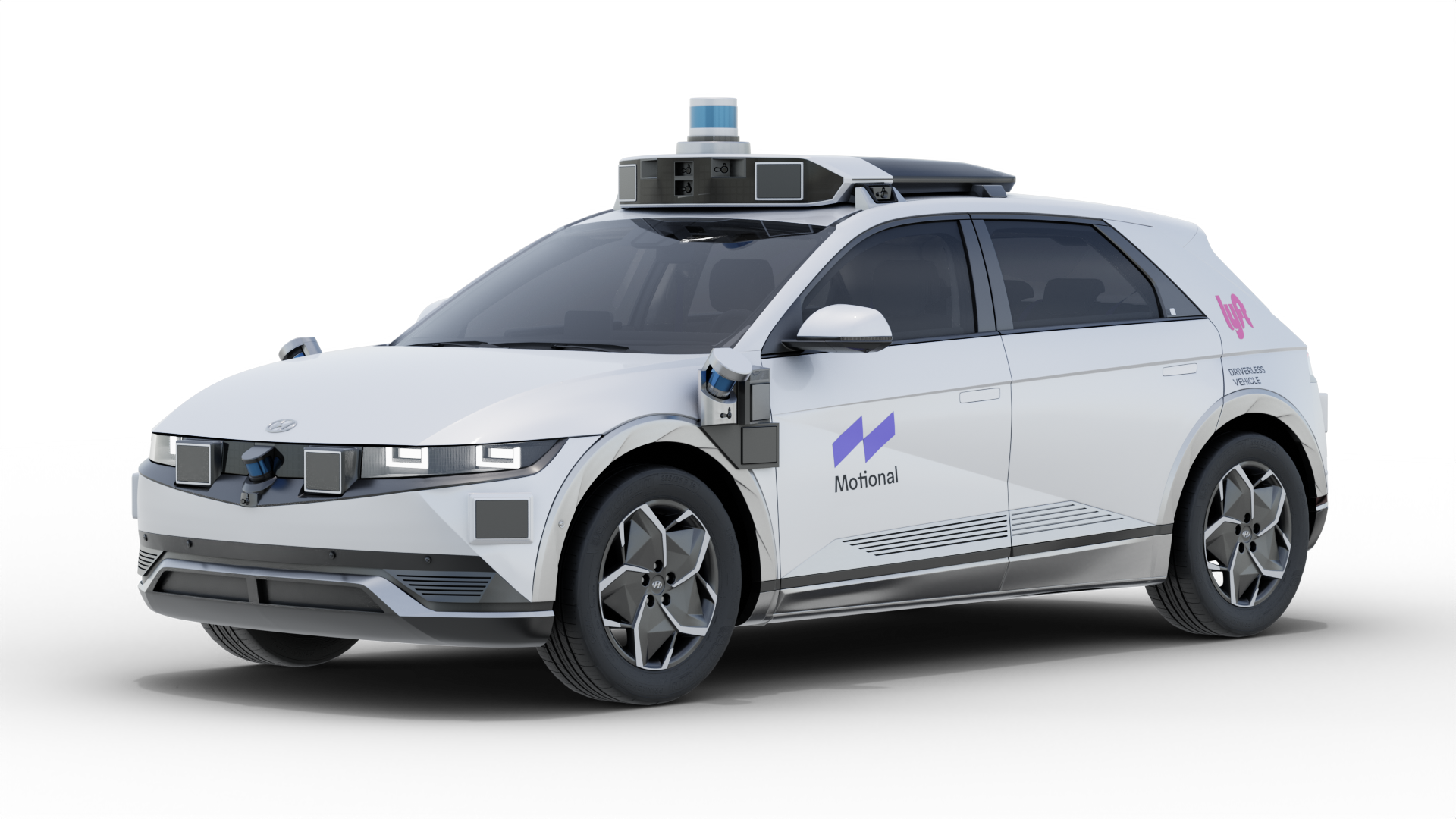 The IONIQ 5 isn’t a pre-existing vehicle we retrofitted with our driverless technology. Instead, we worked directly with our parent company, Hyundai, to help design it for use as a driverless ride-hail vehicle.The result is an award-winning AV built with Lyft riders in mind.

First, let’s start with the backseat. This is where riders will be sitting after all. The IONIQ 5 is an all-electric mid-size crossover. This means, with no middle hump to climb over, there’s plenty of legroom for everyone.

The vehicle is powered by a next-gen 77.4 kWh battery system. As a result, riders can charge up their devices during the trip using one of the vehicle’s 120V charging outlets.

If you’re going to be operating on the Las Vegas Strip, you might as well stand out. The IONIQ 5 has an award-winning aerodynamic design that features flush door handles, and distinctive LED Parametric Pixel headlights and tail lights that make the vehicle look like no other AV on the road today.

This might be your first time in Vegas, but it’s not ours. Motional has already completed more than 100,000 autonomous rides across the region using previous versions of our AV on the Lyft network. We took all that we learned from those trips and applied it to the Motional IONIQ 5, making it our most advanced and rider-friendly driverless vehicle.

When the IONIQ 5 pulls up? Swipe a button on the Lyft app and the vehicle’s doors will unlock. Taking a moment to get settled once inside? That’s OK, the vehicle won’t start moving until the rider presses a button indicating they’re ready to start the trip. Have a question? Just press another button to contact Lyft customer support. 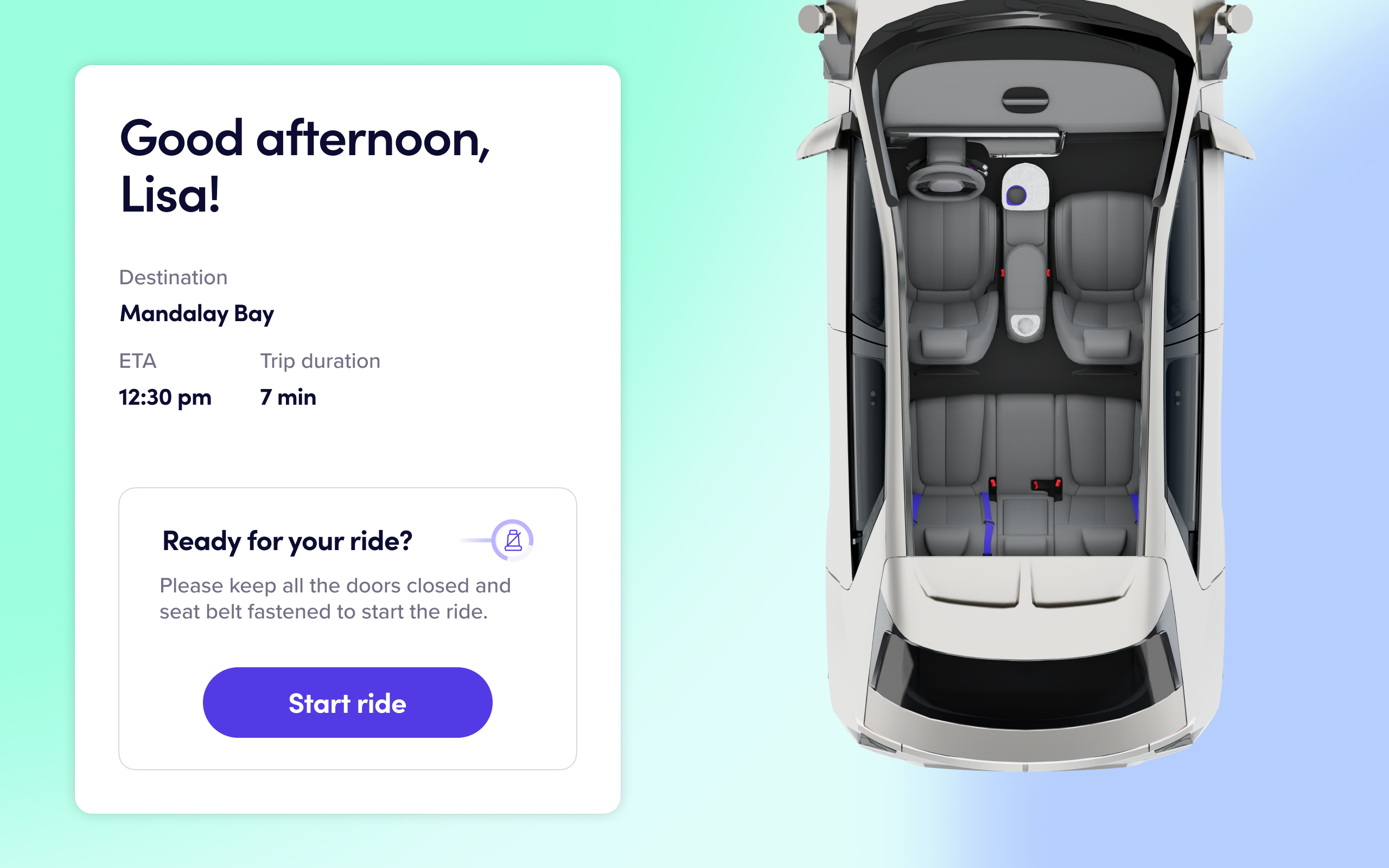 Beneath the screens are three hard keys that riders can also use to start their ride or call customer support (the keys feature raised shape outlines to help those who are blind or with low-vision.)

We hope riding in a Motional IONIQ 5 AV will be exciting – but also feel safe and comfortable. We’ve spent countless hours studying rider reactions and fine-tuning the way our vehicles drive in autonomous mode, ensuring it feels like there’s a skilled driver behind the wheel. This includes paying attention to how fast the vehicle pulls away from the curb, how hard it brakes, the sharpness of the turns, even how it handles speed bumps and busy drop-off points. Because we know no matter how exciting the technology is, rider safety comes first.

Initially, the AVs will have two operators in the front to ensure a smooth and safe experience. Next year, Motional and Lyft will remove the vehicle operators and offer a fully driverless experience.

The future of transportation is available today in Las Vegas. Check your Lyft app to see if you can take a Motional IONIQ 5 AV to your next stop! Visit LasVegas.Motional.com to learn more. 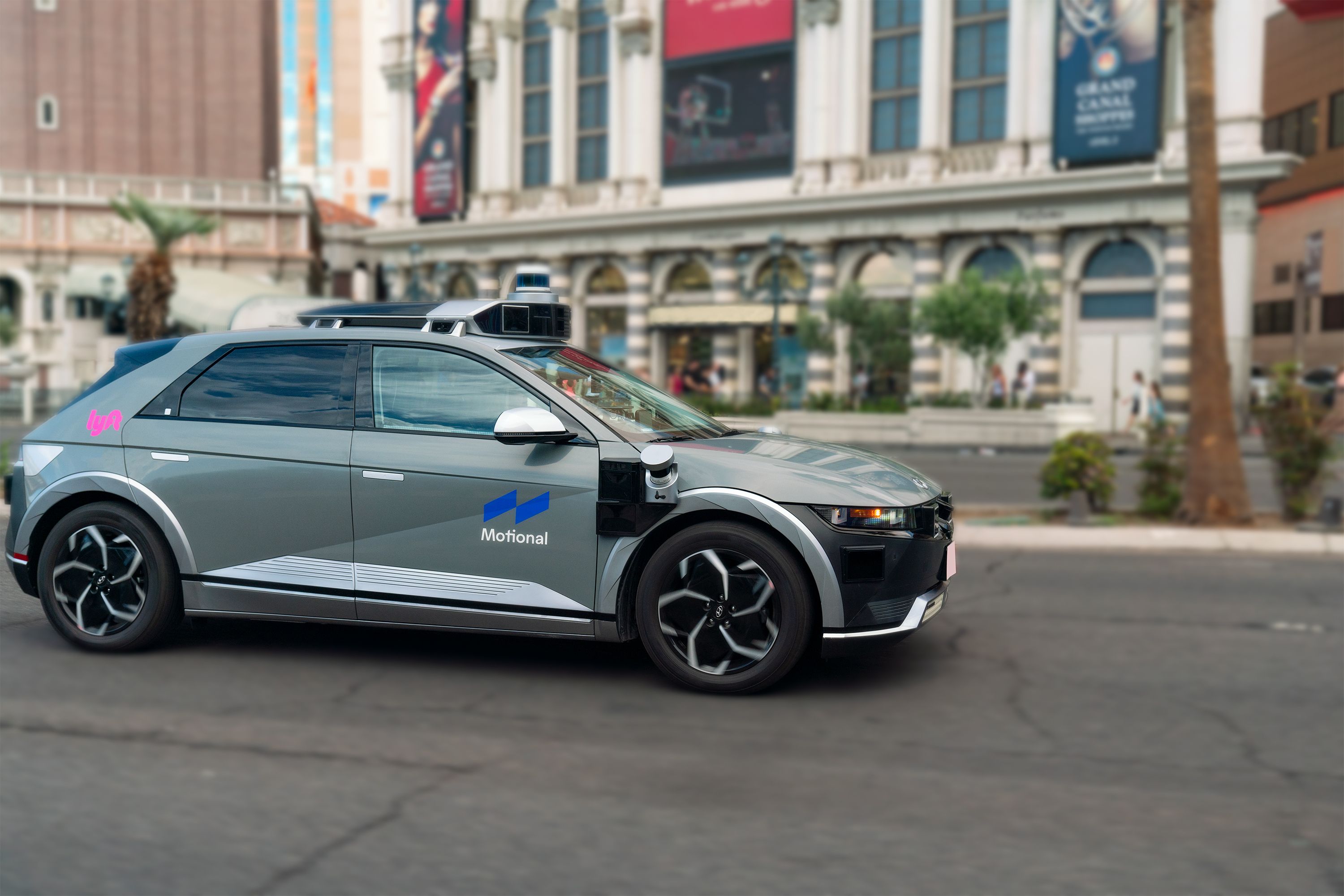